Clear Communication at Every Step
Request a Meeting 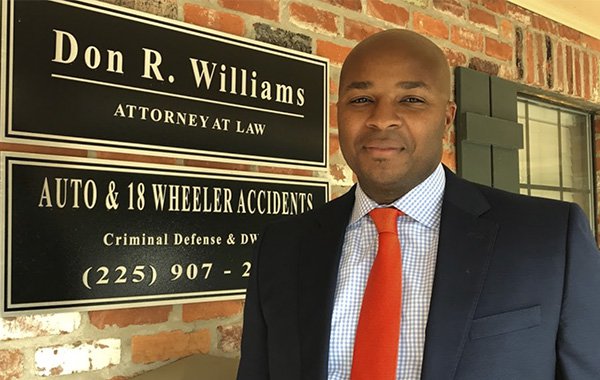 Don R. Williams is a Southern University Law Center Graduate Class of 2006. Immediately after, he became a member of the bar. Don opened his office in downtown Baton Rouge representing largely individuals whom had been victims of arrest. After a number of years traveling throughout the state representing individuals in rural and metro parishes; Don eventually expanded his services in effort to aid those who have been injured as a result of collisions involving two or more vehicles. As time passed, Don has developed relationships with a number of great orthopedics and neurosurgeons in the area. They aid him in making sure that each victim thoroughly identifies each harm that has befallen upon him or her as a result of the collision. Don’s office is currently located at 2435 Drusilla Lane Suite K, Baton Rouge, LA 70809.

Don R. Williams is licensed to practice in the following courts: